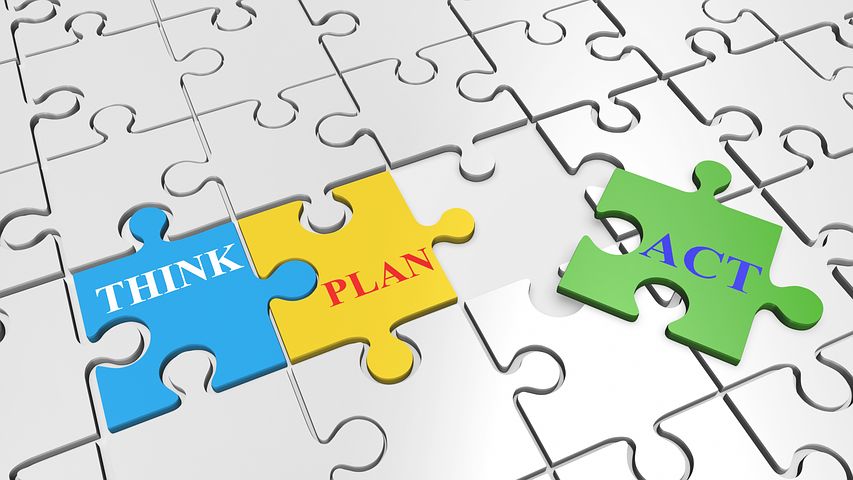 Why choose to automate quality first NOT volume?

While some media has tried to stir up discomfort against the Brave New World concepts or the “Rise of the Machine”, the truth is actually more interesting: with increased automation we get decreased bureaucracy, decreased rote work, decreased repetition – all combined with increased quality control, increased detail potential, increased output and increased profitability.

The key concern for those whose jobs are at threat from such equipment, should not be concerned for themselves if their company operates wisely.  It is a truism to say that if a company is not growing, then it is dying.  (So, if it is dying, there will be no funds to spend on automation so that will not happen. Alternatively, if it is dying and they managed to get some automation in, it will either recover – which is normally deemed to be good news because it will start growing again – or it will fail anyway – in which case it will not be the automation that put the person out of the job, but the management of the organisation!)

So, if the company is growing, it can automate and still use all its staff – maybe not in the same roles, but certainly often using the same background training and knowledge of the subject.  Thus, automation does ring the changes for those staff impacted – but only to affect what they do in their role rather than losing that role altogether.

And this is a good thing: any organisation should want to retain the experience built up over years – what works best, what causes what problems, what was done last time something was demanded that was not normal etc.

So increased automation does allow an organisation to remove staff by substituting machines instead, but any organisation that does this, risks losing far more than it gains in the longer term.

Additionally, automation improves on productivity – that oh so elusive factor that companies ought to be seeking at (almost) any cost.  Enhanced productivity comes from the improvement in quality control combined with the increased processing speed – ie a higher output, more reliably finished, utilising fewer human hours.  Automation should also generate higher returns on capital invested (or why install it in the first place?).

This means that the organisation can either maintain the same level of production (of better quality products) and thus maintain or even raise the price per product. This increase in turnover will help to fund the purchase of the automated systems as well as the retraining of the staff to control, monitor and work the automated systems.  The main benefit here is that with the right investments, the costs are paid back, quickly, and the training is as much on the job as requiring expensive courses, leaving the increased turnover to boost the bottom line.

As a combined result, the organisation will have a team of staff with high morale and strong loyalty (because the organisation has kept them on and trained them further) in parallel with enhanced profits and improved corporate image (higher quality and larger slice of the market).

A typical problem posed is “what if our existing staff are not able to be trained further?” – to which the only answer is along the lines of “then find out why you have chosen the wrong people for the job now, and don’t make that mistake again!”

So, which is the ‘right’ automation process – and what should you get first?

Simply put, the best automation systems are those that enhance the quality of the outputs while maintaining or, ideally, enhancing the scale of those outputs.  This begs the question as to whether all automated systems are able to do this – if not, should they ever be considered?  While there may be some legal scenarios that require certain automated systems where no improvements to other aspects of the process are noted, it is very seldom that improvements in one area cannot be leveraged into enhancing other areas.

Remember that extra production at the same quality level is not much of a benefit on its own.  Without the enhanced quality of the process, the extra production will still require more inputs, will generate more wastes, will boost the number of employees needed and will not generate the additional revenue necessarily to pay for itself.

What you are looking for are systems that enhance quality first and raise volume production second. Why? Because if they work that way round, you can charge more for the output as it is now a higher quality; further you pay less per unit to produce it as there will be less wastage.  Even with the same price charged and even in a highly competitive market, buyers will seek the higher quality unit ahead of the others.

Then, once the quality issues are addressed and opportunities maximised in that area, the automated systems relating to increasing volume output can be installed – but if the market is highly competitive then there may not be a demand for the extra output so that needs to be checked first.

So what automated systems focus first on quality?  Anything that raises awareness of waste, that encourages testing early in the process to remove faulty items before too much work is one on them, or that develops higher quality aspirations in the staff overseeing the process machinery.

This means that whereas in the past, previously paper systems such as ISO standards, or 6 Sigma or the like were involved, the automation available nowadays allows this sort of thing to be enacted alongside self-testing processes that alert people as required. The systems can be used to train staff with minimal bureaucracy, to assess morale and enthusiasm far better than the historic questionnaires (that everyone faked) and to ensure that calibrations, tests and follow up actions all take place ensuring that ideas are truly enacted.

Find out more how automated systems can focus on quality – for your process, for your staff and for your bottom line: contact Carl Kruger at Qualitation on 07900 896975

The wide-ranging benefits of ISO IT software
3rd June 2019